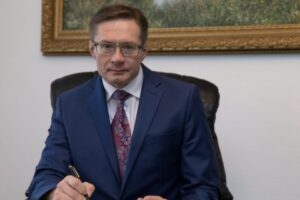 Today there is a questionTo be or not to be … Ukraine.

The answer to this must be given by the Verkhovna Rada

Ukraine and further harmonized Labor of allbranches of government and civil society.

Well, if there is a coordinated work of the President

Ukraine, the Verkhovna Rada and the Ukrainian Government.Unfortunately,

it is still floating in civil society todaydiscord,

tug of war from east to west and vice versa,

this phenomenon should already offend everyone in Ukraine,

because it leads to the defeat of the national idea, economic independence and statehood itself.

Let’s take into account that Ukraine is potentially one of the richest countries in the world!

We have one last chance to end all disputes! There is nowhere else to roll, except in the abyss of History, where Polovtsy, Khazars and others disappeared?

Every Political Party, every NGO has its golden Pearls of Programs,

which are in many ways similar and their combinationwill inspire everyone to work for the Future of the Country!

WE INVITE EVERYONE TO UNITY!Unity gives Hope.We are with FAITH in the best sons and daughters of the Fatherland!

We have LOVE for a united Ukraine!

Chairman of the People’s Council of Ukraine