Anatolii Volodymyrovych Peshko, together with the leadership of the “People’s Council” of Ukraine and the management of the Board of the NGO “Society of Friendship and Cooperation between the Peoples of Israel and Ukraine”, appealed to the President of Ukraine Volodymyr Oleksandrovich Zelenskyi with a request to consider their proposal for the earliest possible termination of the war, the liberation of all territories of Ukraine and restoration of peaceful life in the country. 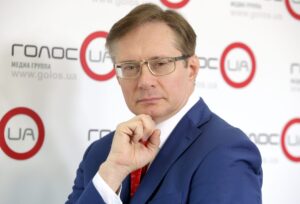 The leadership of the All-Ukrainian Union of Public Organizations “Narodnaya Rada” and the entire Ukrainian people turn to you as the leader of the world democratic movement with a huge request to come up with a global initiative addressed to the President of the Russian Federation V.V. Putin on the termination of the war in Ukraine with the preservation of its sovereign territory, the withdrawal of troops from its sovereign territory and the creation of the “World Council for Global Security, Cooperation and Peace Development” in Ukraine. The founders should be the United States of America, China, Russia, England, the Federal Republic of Germany, France, Italy, Israel, India, Ukraine.

All other states of the world will be able to join the founding countries of the “INTERNATIONAL COUNCIL FOR GLOBAL SECURITY, COOPERATION AND DEVELOPMENT OF THE WORLD”, and sign the corresponding memorandum after the founding countries of the “IUGBPRM” do it.The creation of the “MSGBSRM” will allow the whole world to get away from military, political, economic, social, environmental and any other controversial or difficult issues that exist today between all states of the world.

The creation of the above-mentioned Council will allow all states of the world to solve the existing complex military-political, economic, environmental, humanitarian and other problems in the shortest possible time and in the most optimal form. This idea was expressed 25 years ago by the American philosopher Samuel Huntington in his work “The Western world is unique, but not universal”. He said verbatim: “In a small country it is necessary to create a committee for the security of the world.” The People’s Rada of Ukraine has already established the “INTERNATIONAL GLOBAL SECURITY COUNCIL”. It remains to involve all the states of the world in this process.

Considering the fact that today’s ineffective work of the UN, whose resolutions are advisory in nature, and therefore do not give the desired result, there is an absolute need to establish a new world body, the resolutions of which should be of a legislative nature with a 100% vote of the main founding countries or with a positive vote of 80% all countries of the world, members of the “MSGBSRM”.

The work of the “MSGBSRM” will allow the world community to move to a new round of globalization of the world on the principles of equality, mutual respect, mutual recognition of the territorial integrity of all countries of the planet Earth, on the principles of cooperation and mutually beneficial economic, humanitarian, environmental, physical security of all citizens of the co-founders of the “Council”.

We ask you to come out as soon as possible with an official proposal to the Russian Federation, China, England, Germany, France, Italy, Israel, India with a proposal to convene a founding conference in Ukraine, in the city of Kyiv on July 28, 2022, at which, together with Ukraine, we , people of goodness and peace must create a mechanism that will put an end to wars, economic, environmental, humanitarian and other disasters.

All the leaders of the founding states of the “INTERNATIONAL COUNCIL FOR GLOBAL SECURITY, COOPERATION AND DEVELOPMENT OF THE WORLD”, at the initiative of the leadership of the VSGO “Narodna Rada” of Ukraine, will be awarded “GOLD STARS HEROES OF THE UKRAINIAN PEOPLE” and all are presented to the Nobel Committee by the Laureates of the International Peace Prize.

Please note that in 1919, when the Peace Treaty No. 1 was signed, the public organization “League of Nations” was established.

At the signing of the Peace Treaty No. 2 in 1945 (Churchill, Roosevelt, Stalin) established the UN

The leadership of the VSGO “Narodnaya Rada” of Ukraine together with the International Public Organization “Society for Friendship and Cooperation between the Peoples of Israel and Ukraine” came to a unanimous decision on the need for preliminary negotiations to end the war in Ukraine and preserve the territorial integrity of Ukraine with the direct assistance and assistance of the most influential rabbis Chabad of Ukraine and Russia, with the participation of former Israeli Prime Minister Benjamin Netanyahu  Sincerely,

Chairman of the Board of the VSGO “Narodnaya Rada” of Ukraine

Academician and First Vice-President of the AEN of Ukraine

First Deputy ChairmanBoard of the VSGO “Narodna Rada” of Ukraine

Chairman of the Presidential Council of the VSGO “People’sCouncil of Ukraine,

Supreme Hetman of the Ukrainian Kazatsva

Chairman of the Board of the International

Member of the Board of the International