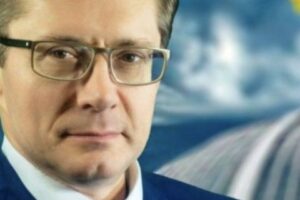 In connection with the current situation with freedom of speech and the oppression of civil human rights in the country, the head of the public organization “Protect the people and lands of Ukraine” academician and doctor of economic sciences Anatoly Peshko, addressed the Ukrainians.
The current government of Ukraine cynically violates the Constitution and laws of Ukraine, as well as the judicial system of power, starting from the Constitutional Court of Ukraine and continuing with lower courts. Insulting and humiliating the human dignity of the Chairman and judges of the Constitutional Court of Ukraine, and such an attitude towards judges of other instances is a gross violation of the Constitution and laws of Ukraine. This is interference in the judiciary article 376 of the Criminal code of Ukraine (hereinafter – the criminal code of Ukraine), attempt to capture state power – article 109 of the criminal code of Ukraine.
Along with the suppression of the judiciary, the information space is being cleaned up. It is not only the channels of people’s deputy V. Medvedchuk that are being closed, NewsOne, Zik, 112.ua. Before that, the channel “KRT”, “Kievan RUS” was similarly closed, the TV channel “Nash” and other TV and radio companies that represent the opposition forces in Ukraine and show the Ukrainian people unprofessional, but frankly cynical, illegal, supported by the american – euro-atlantic forces, criminal actions of the President, the government and some incomprehensible, unconstitutional RNBO body. All this falls under the articles of the Criminal Code of Ukraine, namely: abuse of power-Article 365 of the Criminal Code of Ukraine, abuse of power-Article 364 of the Criminal Code of Ukraine, obstruction of the legitimate activities of journalists-Article 171 of the Criminal Code of Ukraine.
It is a shame to admit that all the above-mentioned crisis phenomena and processes are still perceived in Ukraine only at the level of passive contemplation and the statement of a deplorable or even catastrophic state of affairs.
The poverty of the Ukrainian people has reached unprecedented proportions. It is compounded by the appalling increase in tariffs for gas, electricity, hot and cold water, rising prices for other utilities, as well as a drop in the purchasing power of citizens as a result of inflation caused by an unprecedented decline in the Ukrainian economy.

The almost total lumpenization of the vast majority of Ukrainians as a result of the difficult economic situation in the country, led to high mortality, morbidity, low birth rate, migration of ordinary people and intellectuals from Ukraine. It is strange to see that this situation has caused terrible poverty and the inability of people to provide themselves with the simplest, most necessary food and almost inaccessible necessary medicines.
Aware of the catastrophic situation in the Ukrainian economy, aware of the danger of destroying the foundations of the social life of our country, contemplating the scale of the mental devastation and demoralization of the masses of the people who still live in Ukraine, we must call for unity, the ultimate immediate mobilization of all people who can offer an alternative path for the further development of our state. In essence, we are talking about a call for salvation, about the need for rapid, and most likely – emergency transformations and actions that can stop the catastrophe, over the abyss of which the state of Ukraine has turned out to be very dangerously balanced. We must immediately sound the alarm, we need initiative, courage and a clear mind! We need solidary actions and unyielding will! And most of all – we need a victory!