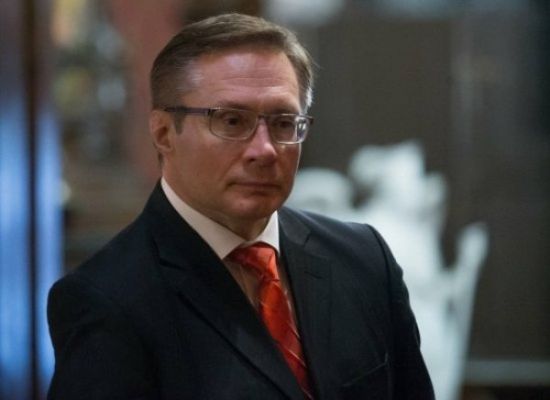 About the “Eastern partnership” has not been heard for a long time, does the upcoming meeting mean resuscitation of the EAP? And whether it is necessary for Azerbaijan and other countries of the program, the Azerbaijani portal Haqqin asks questions on Thursday, October 11.

Vice-President of the Academy of economic Sciences of Ukraine, political expert and former Advisor to the Prime Minister of Ukraine academician Anatolii Peshko called the program “laconic bait on a hard hook”.

“Eastern partnership” for 28 EU countries is nothing but a good catch for primitive bait. And for the post-Soviet countries, which are partners of the EU in the framework of this program — Armenia, Azerbaijan, Georgia, Moldova, Ukraine and Belarus — it is a Mirage of a happy future with milk rivers and sour banks.

However, for countries such as Georgia, Moldova and Ukraine, this Mirage has already dissipated and has come a sobering, heavy, and for many even tragic reality in the form of economic collapse, social upheavals, up to the worst military conflicts.

“One of the most difficult and protracted is the Ukrainian” Armageddon”, — said Peshko.

According to him, in the EU and the US sit absolutely cold — blooded, greedy and ruthless pragmatists who have one cherished dream-to get the territory with their natural and, in part, intellectual resources, to strengthen its economic power and material prosperity. “At the same time, Western benefactors worry only about personal gain and are indifferent to people of different nationalities living in the post-Soviet republics. It was the above-mentioned that became victims of the greedy policy of the Western world, where the essence of the “Eastern partnership” is only in plundering the natural and intellectual resources of these countries and bringing the population to a miserable existence and, practically, total extinction as a result of the liberal reforms imposed on them,” the interlocutor of Haqqin believes.

As an example, he cited Ukraine, where health care reform, pension reform, innovations in education, the judiciary and law enforcement agencies have caused an increase in mortality among the population and a sharp decrease in fertility. “Now the mortality rate is twice higher than the birth rate, the population of Ukraine is catastrophically decreasing. Social conditions are becoming more and more incompatible with the conditions of survival of the entire Ukrainian people. Only Belarus and Azerbaijan, thanks to their wise and realistic leadership, avoided the fate of their friends in the CIS,” the academician believes.

“The visionary decision of Alexander Lukashenko, who refused IMF loans, is very significant, apparently realizing that the IMF and the world Bank are the main “tentacles” or, frankly, the main tools with which economic and socio — political destruction of “experimental” countries is carried out. These processes are carried out at the expense of activities within the countries of various so-called public organizations-grant — eaters, financed by the intelligence services of Western countries with the aim of moral and psychological corruption of society and the creation of artificially inspired civil conflicts, as a result of which, under the guise of color and other revolutions, Pro-Western and Pro-American regimes come to power,” Anatolii Peshko notes.

According to him, Azerbaijani President Ilham Aliyev, as a truly Eastern wise politician, also tries to keep Western “benefactors” at a safe distance, understanding the consequences of this “partnership”. “I think it would be more reasonable for Belarus, Azerbaijan, Russia, Kazakhstan and all post-Soviet countries to develop economic, cultural, scientific and other types of social cooperation within the framework of the former Soviet Union.”- concludes Ukrainian scientist.