5 February 2019
The  team of “Korostishev spetsshkola-internat” appealed to social activist Anatolii Peshko with a request to submit his candidacy for the post of President of Ukraine. 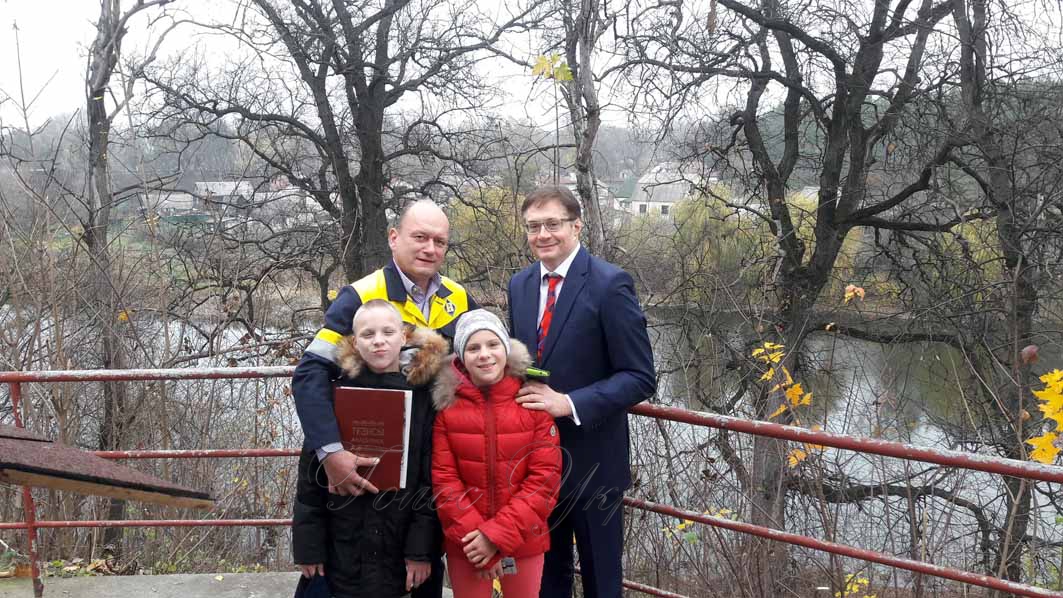 On our Zhytomyr land was born dynasty, which still continues to bring light and healing not only the body but also the human soul. The teaching staff of the KNS “Korostyshevskaya special boarding school” Zhytomyr regional Council expresses sincere gratitude to our countryman, public figure, politician, academician and Vice-President of the Academy of economic Sciences, doctor of economic Sciences, academician of the Academy of higher school of Ukraine, academician of the Academy of social management of Ukraine, candidate of medical Sciences, freelance adviser to the two chairmen of the Verkhovna Rada of Ukraine, mayor of Kiev and the Prime Minister of Ukraine, member of the editorial Board of the professional journal ” Socio-economic problems and the state», member of the National Union of journalists of Ukraine and just a man with a capital letter and burning in the heart of good to each of our pupil Anatolii Peshko.

Anatolii Vladimirovich is the son of the famous doctor Vladimir Peshko who since April, 1975 was the head of Department of health protection of Zhitomir regional Executive Committee. In this high office. Pesko proved himself a competent public health professional, proactive, principled leader. He paid much attention to the introduction of a systematic approach in the management of health institutions in the region, strengthening their material and technical base, the construction of health facilities. Since 1976, thanks to his initiative and perseverance, 14 modern medical buildings and 14 new clinics have been put into operation. In all districts, emergency departments were organized, and in the cities — the station of emergency and emergency medical care. The number of therapeutic sites has increased from 194 to 307, pediatric — from 140 to 234. V. Peshko paid special attention to the development of the health care system of the rural population — 27 rural FAPs were organized under him. Provision of beds increased from 111 to 120 per ten thousand population, doctors-from 19.6 to 26.6, average health workers — from 73 to 81.9. Thanks to the persistent efforts and hard work of V. Peshka during his tenure as head of the regional hospital were opened specialized departments: thoracic-pulmonological, rheumatological, burn, proctological, vascular surgery.

Following the example of his father, Anatoly Vladimirovich does not remain on the side of caring for orphans, children deprived of parental care, who have health problems, and the elderly, who, unfortunately, the state left to fend for themselves. Provides a systematic and various forms of assistance, in order to decorate and to warm their lives. In our opinion, the priority in his life is to give a piece of his heart, love, hope for a bright future.

Dear Anatolii Vladimirovich! We, the staff of the KNS “Korostyshevskaya special boarding school”, are asking you to submit your candidacy for the post of President of Ukraine at the presidential campaign, which began on December 31, 2018. After all, we believe that such people as you, Anatolii Vladimirovich — honest, highly respected, professional, caring — should hold senior positions in the state. Thanks to such people, Ukraine can finally become a peaceful, happy country with a developed, successful economy.